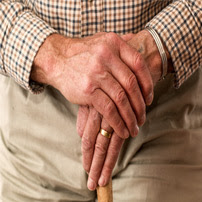 Parkinson’s disease is a neurodegenerative disorder that causes the brain to stop producing dopamine, a neurotransmitter that controls a person’s ability to regulate their movements and their emotions. Some of the most common symptoms associated with Parkinson’s disease, including muscle rigidity, tremors, changes in one’s gait, and slurred speech, are often mistaken as signs of
http://www.bestmarylandmalpracticelawyers.com/baltimore-medical-malpractice-lawyers-misdiagnosis-parkinsons/
Posted by LeViness, Tolzman & Hamilton at 9:27 AM